Chances are good you think that your performance reviews are fair and evenhanded. You feel that they are valuable tools to help spur employee development and growth. And, they can be. However, understand that we are all human and we all suffer from hidden biases. When those biases show up in performance reviews, they can limit their effectiveness, and even create a disconnect with the employee. 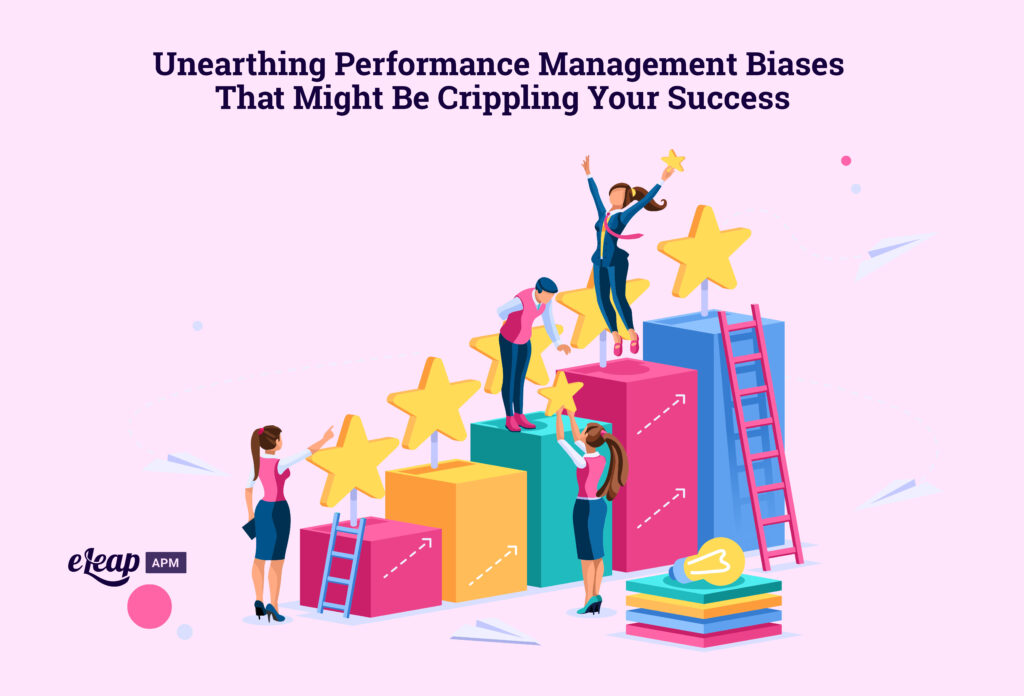 The Question of Performance Reviews

Annual performance reviews have been on the way out for some time now. More and more companies are abandoning the model in favor of regular one-on-ones and check-ins that offer improved frequency and better ability to correct course for employees. There is a notion that if you’re not following the annual review model, that biases cannot affect your check-ins or one-on-ones. That is patently untrue. Biases can and do affect all performance reviews, whether they’re done annually or weekly.

The Most Common Biases

While managers can struggle with a wide range of different biases, some are much more commonly seen in the world of performance management. Below, we will explore the four most common and their implications for the workplace.

Men and women – they’re supposed to be treated as equals. However, gender bias is still present in many organizations today, at least to some degree. This is proven by studying performance reviews nationwide, where women often receive more critical subjective feedback than men. This type of feedback is not actionable, is not tied to metrics, and provides little in the way of effective guidance and development. Men, on the other hand, are less likely to receive critical feedback in the first place, but when they do, it is usually critical constructive feedback, rather than subjective feedback.

One area where women continually score low in performance reviews is in attitude. Strong, assertive women are often labeled as “abrasive”. Men with the same characteristic, on the other hand, are perceived as “strong” or “authoritative”.

So, how do managers combat gender bias in their performance management efforts? There are several important steps:

This bias is prevalent in both one-on-ones and the outmoded annual performance review method. Recency bias is precisely what it sounds like – a bias toward using only the most recent events to formulate a picture of the employee’s performance and even value to the company. Rather than considering an employee’s entire length of history with the company, the manager focuses almost exclusively on what has happened most recently.

Recency bias can have profound effects for employees who usually perform well, and for those who may struggle with poor performance. For instance, if an employee who usually goes above and beyond struggles with performance the week before a review, then those issues may be at the forefront of the manager’s mind during the review, rather than the months or even years of outstanding performance.

Likewise, someone who often struggles to perform to expectations may perform very well the week before the review. This skews the manager’s perception, masking mediocrity and making it look like excellence.

The halo bias can also be called the manipulator effect. That stems from the way this occurs. In this situation, an employee will establish a closer relationship with the manager than other employees might. This relationship allows them to continually focus on their positive outcomes, while downplaying weaknesses or negative outcomes. The result is a so-called halo – the employee looks better than they truly are, but the manager cannot see it because of the halo. It also leads managers to focus on areas where the employee excels, while overlooking their problem areas.

A few specific steps will help to address this bias:

This bias is the opposite of the previous one. In this situation, an employee unintentionally focuses on their weak points, while downplaying their strengths. Often, this is tied to low self-esteem and a negative self-image. However, it makes it hard for the manager to honestly evaluate the employee either positively or negatively. If the manager follows the employee’s train of thought, then the review would be negative. However, some managers try to compassionately counteract negative self-images, leading to reviews that are ultimately more positive than they should be.

These steps will help counter this bias:

The biases we’ve covered above are the most common, but by no means the only ones that might crop up in performance management. For instance, the purposeful bias is relatively rare, but involves the manager intentionally sabotaging the employee during reviews. There are other biases, too, often tied to the manager’s self-inflicted perceptions of the employee. Sometimes, this is due to race, ethnicity, religion, or other factors, but is almost always an unconscious thing.

The most important thing for managers to take away from this discussion is an awareness that biases do exist in most of us. Intentional steps will help ensure fair evaluations and improve your ability to support employees.